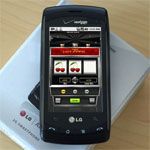 Distimo’s report examined all major smartphone app stores, including Android Market, Apple App Store, Blackberry App World, and Nokia Ovi Store. Between these about 473,000 applications were published: 130,000 by Google, 300,000 by Apple, 18,000 by RIM, and 25,000 by Nokia. Smaller app stores are growing fastest, though Apple App Store doubled, Nokia apps are up 258%, Blackberry apps are up 268%, and Android apps are up 544%.

Contrary to rumours that Facebook is shutting down, Facebook maintains the most coveted non-game app. While more serious business apps (up 186%) dominated the Apple App Store, the growth in the Android Market arguably more playful. Android casino and card games were up 644%, second only to comics (up 802%).

Not surprisingly, free apps – including iPhone games — are downloaded from the Apple App Store nearly 10 times as often as paid apps. The top 300 free apps available through Apple iTunes are collectively subjected to 3 million downloads per day, while paid apps only receive 350 thousand downloads per day.