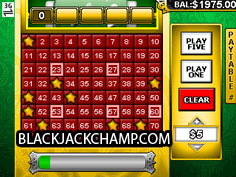 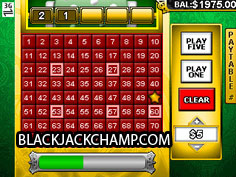 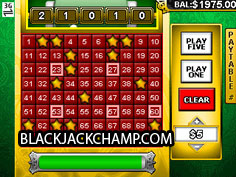 Mobile Keno, from Playtech Mobile, is the digital version of the popular game found in most casinos, bars and shops where the laws allow. The game is full of well coordinated colors, with a nice background and crisp numbers; so those of you with poor eyesight will have no problems seeing the action. The best part of Mobile Keno is that you can play it at your convenience, without spending hours sitting on an uncomfortable seat.

The game starts you off with a virtual mobile keno game card that has 80 numbers. You pick between two and ten different lucky numbers on the card, and make your bet. Sit back, and wait until a total of 15 numbers are called, and if the numbers you chose were called, you will be the lucky winner. Obviously the more numbers you pick, the harder it is to hit the entire set, thus the winning odds increase with each additional number you chose.