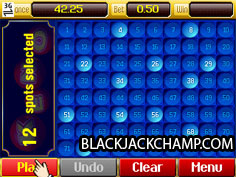 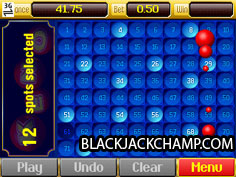 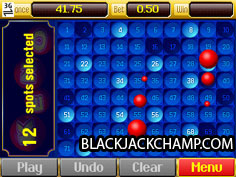 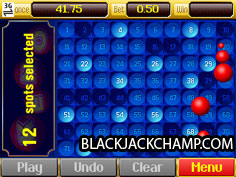 Mobile Keno, from Spin 3, is the smartphone version of the well-liked 80 number Keno that’s found in most casinos, bars and stores throughout the world. The game is colorful, fast, and has very nice payouts only if you choose the lucky numbers. The game is very simple to play: you choose up to 15 out of the total of 80 numbers on your virtual card. After you place your bet, 20 numbers will be called. If the numbers you chose are called, you are the winner.

The more numbers you chose match to those called, the more you win! You can bet 50 cents, $1, $2 or $5 at a time and the payout is obviously based on ratios. So if you chose 3 number and all three hits you would win less than if you chose 9 numbers and 6 were hit. You can win 10,000 coins if you are lucky enough to pick 15 numbers and all 15 you chose are hit! It’s great to be able to play mobile keno whenever you are in the mood, at your own convenience!