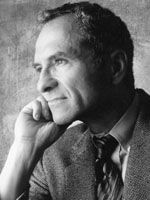 Best known as the author of the Internationally renowned book, ‘Beat the Dealer‘ Edward Thorp was a mathematics professor at MIT who proved that blackjack could be won through a technique referred to as Card Counting.

He completed undergraduate and graduate work at U.C.L.A., receiving the B.A. and M.A. in physics, and the Ph.D. in mathematics in 1958. He has taught at U.C.L.A., M.I.T., New Mexico State University and was Professor of Mathematics and Finance at the University of California at Irvine.

He was among the first pioneers of computer aided devices for blackjack even learning to program in FORTRAN on an IBM 704 with a special emphasis on card counting schemes and cards that were not reshuffled at the end of a deck.

To prove his theories this nutty professor headed off to Las Vegas with $10,000 in money fronted by mobster Manny Kimmel. He won $11,000 in the first weekend before being kicked out by security. Current shuffling rules at casinos are a direct result of Dr. Thorp’s success.

Once proven he published his book which instantly jumped to the top of the New York Times Best Seller list. He is noted in academic circles for this process as being the first to eschew traditional academic publishing in order to go directly to a mass audience for his findings as well as risking very real physical damage to verify a computer simulation. He was also the first to use a computer as a gambling aid.

Beat the Dealer was not an easy read for ordinary players at first, because it was difficult for average gambler to use Thorp’s theory in live casinos. Along came the second edition of the book in 1966. Julian Braun assisted Thorp in making this edition more down to earth, so that ordinary players could understand it and utilize it at casinos.

Thorp didn’t stop at casinos, he applied his knowledge and success with “Beat the Dealer” to the ultimate casino: The Stock Market. In 1967 “Beat the Market” came out. Together with co-author J.Regan, Thorp created a system, helping to read the stock market and play it similarly to a casino game.
He went on to help people invest in the stock market via his own firm “Edward O. Thorp & Associates”. Thorp made a considerable fortune in the securities market and through his own hedge fund.

Beat the Dealer
The essentials, consolidated in simple charts, can be understood and memorized by the average player.

Beat the Market
A guide on how to play stock market in order to make fortunes.

The Mathematics of Gambling
This book gives a quick overview of making money, or losing money more slowly, at various games of chance.

The Kelly Capital Growth Investment Criterion: Theory and Practice
This volume provides the definitive treatment of fortune’s formula or the Kelly capital growth criterion as it is often called.