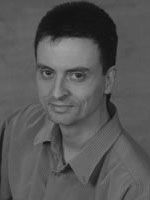 The youngest member of the Hall of Fame, James Grosjean got his start like a lot of other blackjack masters at the mathematics department of a major university in his case Chicago University. As the story goes his interest was sparked when he noticed a sloppy dealer hole card and began calculating strategies.

That was the beginning. Since then he has contributed a wide variety of well explained and comprehensive player tactics, such as card counting, for blackjack as well as many other casino games that had not received the level of in-depth attention that blackjack has. These included: Caribbean stud poker, Big Six Wheel, Craps, Let It Ride and Three Card Poker. These can be found in his influential book, ‘Beyond Counting: Exploiting Casino Games from Blackjack to Video Poker,’ released in 2000.

Grosjean is best known for his legal battles that contributed to the demise of the Griffin Agency, the much hated group responsible for compiling player databases of suspected cheats, card counters or anyone the casinos didn’t particularly like. For over 10 years the agency had assisted casinos all over the world in banning and harassing players. But on September 13, 2005 it was over. The Griffin agency was forced to file for bankruptcy after James Grosjean and Michael Russo were successfully awarded $45,659 in damages due to their mistreatment as a result of information given to the casinos by the Griffin agency.