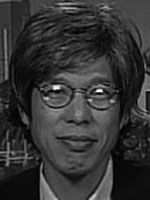 In 1981, Johnny Chang was a young MIT student interested in a part time job. After having taken an elective course in the mathematics of blackjack in 1979 he was recruited to be one of the first members of the MIT blackjack team. The first trips to Atlantic City were amateur at best with the other team members who are known to have argued over mathematical formulas and counting strategies more than actually playing. It was a fortuitous series of chance encounters that lead the fledgling members to be taken up by a previously successful blackjack team manager, Mr. Kaplan.

While the advertising method used on campus were the universally ambiguous bulletin fliers, the recruiting process was decidedly more exclusive. A prospective team player had to: play through 8-10 six-deck shoes with almost no errors as well as play under observation at a real casino to further perfect the manner the player would assume during team play. While these were clearly the best and the brightest other advanced strategies such as shuffle tracking and ace tracking became too difficult to add as side counts and Chang made the call to conclude that straight card counting would give the team the highest statistical edge.

Later in 1992 he was the one to formally organize the team into a professional legal business entity, the well-known ‘Strategic Investments.’ While the team was incredibly successful it was also very poorly timed. The Griffin Investigations agency was at the height of their power to research, track and assist casinos worldwide in baring suspected card counters. That year they noticed something special: most of the suspected counters had Boston addresses, were of college age and could be readily found in the MIT yearbook.

The team was able to continue to play profitable, however player turnover was rapid and team moral plummeted. While the team was formally disbanded in late 1993 several splinter groups were spun off. In that year the partners and players were all said to have made between 1-10 million dollars each. The exploits of the team internationally were such that a tell all bestseller, cable television specials and upcoming 2008 Hollywood feature film continue to capture imaginations.

But it was at the 2005 Blackjack ball that Johnny Chang managed to really wow the elite of the Blackjack world all over again by counting down (looking at a deck that has had a few cards removed and identifying the missing cards) two decks in only 33 seconds. If this doesn’t sound like an impossible superhuman feat -we suggest giving it a try.