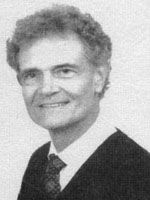 Keith Taft is the undisputed gizmo genius of Blackjack. Along with his son, Marty, they have created some of the most innovative and insane gadgets for beating the casinos.

Starting when his son was still a teenager and for the last 30 years they have wired cameras, fabricated tiny computers and innumerable communications gadgets with incredible creativity. Their inventions are the highlight of the Barona Blackjack museum.

Their first computer, named George was a 15 pound large rectangular monster that dripped acidic battery acid burning Keith during the trial run. A few years later a major leap occurred with the next version: David. More than just being a pocket sized version of George it also improved the calculation method by using Thorpe’s Hi-Low technique and this helped make it simple and straightforward to use.

In 1977 after winning $40,000 in one week they set up production to sell the device at $10,000 a pop. Unfortunately the winning streak came to an end quickly when the casinos caught on. Luckily when Marty was busted no one from the casinos to the FBI could figure out exactly what the device was and he was let go.

It was only in 1985 that the state of Nevada outlawed counting machines. By then shoe cameras and every other casino beating device had been successfully tested and used.