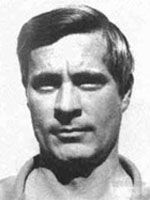 The grandson of mathematician Frank Loxley Griffin, Peter is the iconic math genius who figured out mathematical shortcuts that would allow blackjack players to figure out probable outcomes without requiring complex calculations.

A certifiable prodigy with a total fixation for the game, he initially proposed a course on the mathematics of Blackjack and during a session of ‘research’ he lost quite badly and became hooked studying games in Atlantic City, Reno and Las Vegas. He was busy determining the Betting Correlation (BC) and Player Efficiency (PE), two concepts flexible and solid enough to still be in use today.

Over 20 years he has authored several academic works and presentations on the mathematics of gambling as well as two books, ‘The Theory of Blackjack: The Complete Card Counter’s Guide to the Game of 21‘ and ‘Extra Stuff: Gambling Ramblings.’ He was the first to determine the percentage disadvantage of an “average” blackjack player of 2%.