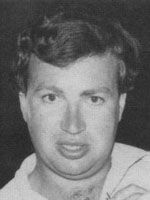 Manager of the longest running Blackjack team in history, Tommy Highland is highly respected for his success at the tables as well as his straightforward and polite manner. Where all other professional Blackjack teams have broken up for all kinds of reasons ranging from jealousy and greed to anxiety over losing streaks, Tommy has inspired and lead his team since 1979.

The original group started with just $4,000 contributed by each member but quickly made more than ten times that. Because Tommy has been around since the very beginning of the Atlantic City casinos his team has seen all kinds of action from concealed computers (when legal), Big Player techniques, card counting, shuffle tracking and ace sequencing.

While Tommy has played by and merely tested the rules at casinos, it hasn’t always been a friendly career. When Atlantic City cracked down on many of the loopholes that made Blackjack a prime target in the late 1970’s, his original team all left to take advantage of greener pastures in Asia. Tommy stayed behind and rebuilt the team with friends he had made through golfing another game of concentration and skill.

Even after all these years of playing within the law things can still get sketchy. He’s been harassed and threatened, arrested and worse. In 1994 the Hyland team was arrested in Ontario, Canada for an Ace Sequencing scheme. Tommy chose to fight back and legally beat the casino again when the judge ruled that such strategies were not illegal or cheating but the use of intelligent strategy thanks to the expert testimony of fellow player Arnold Snyder.