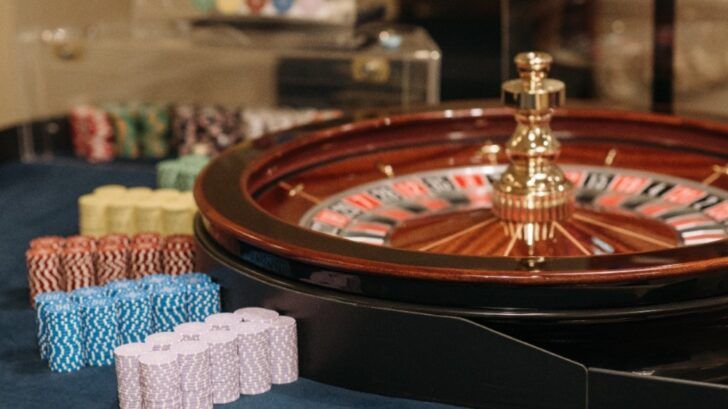 Within this Bonus Poker Guide, we take a look at how to play the casino poker game and also use a strategy chart to win successfully. If you are new to online poker, you will enjoy this game as it is easy to pick up and packed with many bonuses. For seasoned players, this game is similar to Jacks or Better. Find out more below.

One of the most well-liked table games you can play at brick-and-mortar or online casinos is Bonus Poker. It is a Jacks or Better variant that has additional payouts to keep players on the edge of their seats. Additionally, when adopting straightforward learning tactics, it is simple to get the hang of and can be a lot of fun.

You must attempt to assemble a potent five-card poker hand in Bonus Poker. In essence, your reward will be higher the stronger your hand is. Each round begins with you placing a bet and the dealer dealing you five cards. The game will come to a close once you have the opportunity to replace any out-of-date cards in your hand with fresh ones. Your compensation will be determined by the force of your hand.

Although we will examine the Bonus Poker strategy in more detail later, there is one general approach we advise you to use. It is recommended to bet with the most coins possible. This is due to the opportunity provided by the game to maximize a boosted payment. This is only possible, though, if you are using the maximum number of coins for your wager.

Basically, Bonus Poker is quite entertaining to play, but only if you are aware of the best hands. There are eleven distinct winning hand types in all.

You will lose if you don’t have one of the hands listed below. List of hands, from weakest to strongest:

The payouts for playing Bonus Poker won’t always be the same. The game may offer more in some versions than in others. However, the accepted rule is that a Royal Flush pays 250:1. This might rise to an 800:1 ratio if you are using the maximum five coins. The bonus awarded for 4 of a Kind hands will also differ greatly. It depends on the casino you are playing at and the game version you are using.

Inside and Outside Straights

Understanding the distinction between Inside Straights and Outside Straights is not crucial, but it might be useful later when you are considering other tactics. In essence, they both describe to hands that you will attempt to chance into a Straight. The distinction is in how you go about doing it. In contrast to inside bets, which only give you one option, outside bets let you turn a card into one of two possibilities. Here’s an illustration:

Like Video Poker, Bonus Poker is a game where strategy can be used. Based on the cards that have been dealt, you may always determine your chances of winning. You can determine which cards are displayed and how many cards are in a pack because of this. Applying fundamental Bonus Poker strategy, then, is simple and applicable to every round.

You can become accustomed to the fundamental tactic with a little practice. In essence, when you’ve been dealt your cards, you should evaluate them and look for a hand that matches yours. The choices are as follows:

The chart is fairly lengthy and initially appears to be quite difficult. However, after you become accustomed to it, you will be aware of how to play Bonus Poker. If you use the basic strategy chart, it’s a good idea to take your spending limit and bankroll into account as well. After some practice, simply following the chart will almost feel second nature, and you should be OK. We hope that this Bonus Poker guide has helped you in finding your feet to play the online casino game. Feel free to play it at the best online blackjack sites.