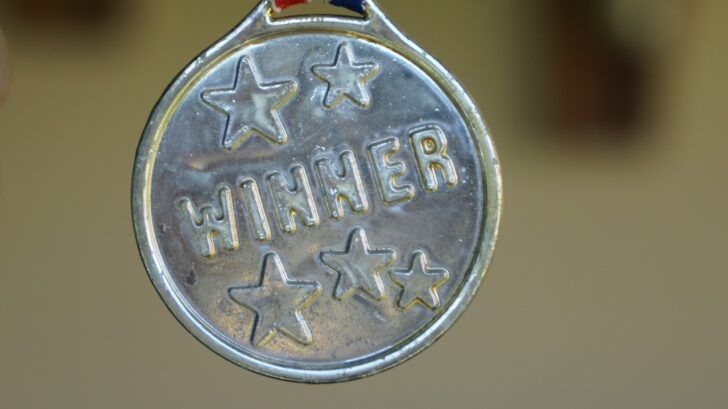 Mike Aponte, who also goes by the nickname of MIT Mike, is a professional blackjack player and World Series of Blackjack champion. His success in playing the game of 21 was elevated as Aponte used to attend the Massachusetts Institute of Technology (MIT). Hence, the name MIT Mike. Later on, Mike would join the MIT Blackjack Team before his successful World Series campaign in 2004. If you’re unfamiliar with the MIT Mike Aponte story, tune in to find out more.

MIT Mike Aponte: How did his Blackjack journey start?

Mike Aponte is well-regarded in the world of blackjack. The professional player made a name for himself through various card counting techniques. Mike Aponte became a superstar and would enjoy the lavish lifestyle which came along with big bags of cash.

Looking back on his playing career, Mike won millions of dollars legally by playing with his MIT Blackjack pals. After the team disbanded, the former MIT student went on to win the 1st ever World Series of Blackjack title.

Actually, as a youngster, MIT Mike was not a big card player. Instead, he traveled from place to place mounting up to a total of 11 different schools he attended before graduating from Ewing High School in New Jersey. His father was a tactical instructor in the U.S. Army.

When Mike signed up at MIT, he began studying the field of economics back in 1988. During his time at the college, the younger Aponte took an interest in the MIT Blackjack Team, which was very successful in using various mathematical techniques to win at games. Feel free to learn more about the famous MIT Blackjack Team and some profitable stints in the Las Vegas casino strip.

Looking back on his early years with the Blackjack team, Mike has opened up on how he was instantly hooked after the first team meeting. One of the main attractions was the systematic use of mathematics in card counting and the lifestyle which comes along with playing like a high roller. It was around this time that he began practicing and developing his card counting abilities.

Although Mike Aponte moved to Boston to enroll at MIT in 1988, his first real stint with the MIT Blackjack Team came four years later in 1992. This was his first experience of playing in a casino with the team where he would play the part of the ‘big player’. His duty would be to capitalize on the advantage with big bets from a strong position.

One thing which worked well for Mike Aponte is that he truly became the best big player on the team and soon become the manager. He would recruit and train all of the new members plus organize the team trips.

The MIT Blackjack Team went from strength to strength between Mike’s debut in 1992 until 2000. They traveled to many casinos across the US, as well as other countries, whilst earning millions of dollars in the process. The routine for the team was to practice day and night and work on their card counting strategies, before playing for cash. You can also learn how to play blackjack for free.

As for the team itself, it eventually disbanded due to the attempts of casinos to slam down harsher punishments for card counting. For most of the team, this was the halt to the lavish lifestyle and cushy ways. However, for Mike Aponte, this was merely a closing of one chapter and a chance for another.

Once 2000 had seen the end of the MIT Blackjack Team and card counting groups being ultimately broken up, MIT Mike saw the opportunity to venture into the realm of becoming a single player at a table.

In 2004, the former big player of the famous MIT Blackjack Team competed in the first World Series of Blackjack Championship at the Mohegan Sun in Connecticut. He was invited and played with the 25 best blackjack players in the world at the time.

Blackjack tournaments are different from poker as you’ve got to beat the house and no other players. There is a set number of rounds to play. At the end of the rounds, the player with the highest stack will be the outright winner. That means paying attention to your opponent’s stacks and what bets they tend to place.

Victory in Connecticut had left Mike Aponte with $100,000 of prize money to walk away with, plus his name written down in history as the first-ever World Series of Blackjack champion. With the cash, MIT Mike started his own business in which he offers lessons on improving at blackjack and card counting. Alternatively, feel free to browse through our blackjack gambling guide for other tips and tricks.

Life after the World Series

Aponte has said many times that one of the main driving forces which took him to the very top of the game was the appeal of the lavish lifestyle. Along with his team, the group had won millions of dollars and spent time in luxurious hotels, and met some of the wealthiest people in the world.

Post the World Series victory, Mike went on to become co-founder of his own company which gave pointers and tricks to win at blackjack. If one were to look at some success stories, Mike coached Nathaniel Tilton, who went on to write the famous book, The Blackjack Life.

Nowadays, Mike still coaches blackjack and several card counting techniques and tips for players wanting to up their game. You can find his contact information and details on the home website. Aside from this, he also gives talks at universities and corporate events.

During his time in the MIT Blackjack Team and his singles player professional career, Mike Aponte’s story appealed to several people. More specifically, it had attracted the attention of Ben Mezrich, who was an author and wrote a book based on Mike.

The book, Bringing Down the House, puts a main character in the spotlight who had traveled from casino to casino across the US whilst pulling off magnificent wins, all down to the knowledge of card counting.

And a few years later, the story had been adapted to a visual audience with the movie, 21. The film was a hit and boosted the reputation of Mike Aponte ten-fold. In fact, it even brought card counting back in fashion and appealed to the younger generation of upcoming blackjack players.

What Mike Aponte achieved throughout 12 years was remarkable. He has truly built a reputation for himself as one of the primary card counting geniuses. Of course, we have to mention his former MIT Blackjack Team in this success. His legacy lives on through both virtual and private blackjack pieces of training and lessons for any player willing to take their game onto the next level.