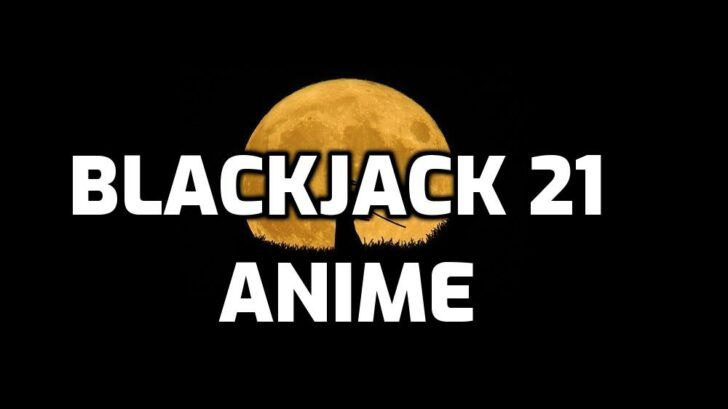 After losing his mother and being himself severely injured in an explosion, his wounds are treated. He grows up to become the manga character, BlackJack 21. As a roving clandestine doctor, he treats those who are at death’s door. In so doing, he is able to charge absolute fortune. As his techniques are outside of the normal medical practices, he’s shunned by the medical profession and so operates as an underground surgeon, along with his trusty companion, Pinoko. In a way, he gambles with life.

As you might guess from its name, the BlackJack 21 anime, though not directly related to the casino game, is actually based around the theme of gambling. So you’re not going to learn how to play blackjack by watching this. The series started as a weekly manga which ran from 1973 to 1978. It opened in the Weekly Shonen Champion and was written by the legendary writer, Osamu Tazuka.

Each episode would involve the detailed adventures of Dr Kuroo Hazama. He was also known as “BlackJack” or “Kuro’o” in Japanese. His purpose was to save patients who could not find help anywhere else. In fact, he was often the last chance for many of them when they were on the brink of death. But part of the darker side of the story is that he charges huge amounts of money and also operates without a licence. So in spite of his expert skills, he’s shunned by society and an outcast from the medical world.

What’s interesting about this series of manga is that the author Tazuka once worked as a physician. This allows him to create amazingly anatomically correct drawings. He was also able to use his knowledge of real diseases, which he would then embellish with science fiction elements. Some of these include transplanting an entire nervous system or having BlackJack operate blind.


Many years later, in 2004, the original manga was adapted into an anime TV series. This brought the character of BlackJack bang up to date and into the 21st century. It ran from April 2004 up until September of 2006. Many manga lovers regard this anime version to be one of the best adoptions of BlackJack. Though the whole feel of the manga is one of darkness and evil, the anime TV series managed to combine this with a fantastic overarching plot.

The story starts 21 years ago. A boy and his mother happened to be caught up in a devastating explosion. Unfortunately, the mother dies, but thanks to the miraculous operations performed by Dr Honmma, the boy survives. The shock caused his hair to become partially white And also part of his face is a different colour thanks to a much needed skin graft. The boy grows up and goes on to become a skilled surgeon himself. But later on he gives up working within the established medical profession as he is tires of all the corruption going on.

Having renamed himself as Dr BlackJack he becomes a mercenary surgeon. By this we mean that he treats patients who are at their wits end, and have nowhere else to go. Nevertheless, there is considerable risks, and as a result, Dr BlackJack charges an absolute fortune in fees. As for his personality, he’s very cold towards everyone apart from his friend Pinoko. This friend is a constant companion and the two face all their challenges together.

The Question Of Gambling

In the anime version of BlackJack 21, the two companions are trying to find the identity of a number of assassins who are trying to kill BlackJack. They discover a hidden conspiracy that may threaten the plight of the whole world. The question is whether the doctor will be able to save the world in time. Or will BlackJack’s luck finally run out. In spite of the manga and anime carrying the main character’s name of BlackJack 21, the TV series does delve into themes of gambling. Just not the casino game of blackjack. If you want to play online blackjack for fun, then check out King Billy Casino, as they have a massive variety of blackjack options. You can also get in some free blackjack practice.


For a start, BlackJack takes lots of risk, whether in meeting up with patients or operating on them. In fact, before every operation, he makes it known that the patients are gambling with their lives. Nevertheless, he does frequently show concern and compassion for his patients in spite of him having an outwardly very cold persona. There are some lighter moments in the manga and anime, but they are few. On the whole, the series delivers a truly unique story. You could say that the question behind all the action is; would you bet your life on a single man?

Differences Between the Manga and Anime Adaptation

If you compare the manga with the anime you’ll find that it’s a pretty faithful adaptation. The stories are very similar as the BlackJack anime adapts the main story arcs chapter by chapter for each episode. Nevertheless, it does introduce a new plot line involving BlackJack’s father. Also a mysterious organisation that seems bent on creating an artificial virus. Because the manga is incredibly dark ,and really aimed for adult readers, the anime needed to lighten some parts of the story so that they would be appropriate for all TV audiences.

Probably the most significant change you’ll find is in the timeline setting. The original manga took place in the 1970’s. But the new show places itself in the early 2000’s, allowing it to find use of much more advanced technology. The “21” in the anime’s name is actually a significant number. It represents the 21th century and how the story appeals to people today. In the manga, it also represents the number of years since BlackJack’s terrible accident resulting in the death of his mother.


There are some new characters who are there to act as light relief. In some episodes there are adventures where BlackJack is totally absent and these new characters go on adventures with Pinoko. Yet all the characters are so well produced that they do not detract from a story line in any way. In fact, they somehow serve to make the tragic events even more poignant. If you want to catch any of the episodes you can find them on BlackJack 21 anime’s YouTube channel.

BlackJack 21 Cast – The Voice Behind the Doctor

The actors who take the voice parts in BlackJack 21 are all excellent veteran voice actors.  They’re able to capture all the emotions seamlessly. In fact, it doesn’t matter if they’re enjoying dinner with friends or reacting to a terrible death. The emotions within the voices feel both natural and immersive. They give the viewer and listener the impression that the simple animations truly have a connection to the real world.

BlackJack and Pinoko are played by Akio Ohtsuka and Yuko Mizutani respectively. Since the characters first appeared in the anime, these actors have lent their voices to all episodes, including subsequent series and movies. Ohtsuka’s voice is both deep and stern. It acts as a great foil for the childlike lisp that comes from Mizutani. The combination of both these voice types makes for an interesting partnership.

Nevertheless, the two main protagonists are not alone in producing excellent work. The supporting cast also produce immersive performances. One of the standout actors is Touma’s Benitokage, who plays a heartless assassin with a strange and almost mystical connection to BlackJack. We should also mention the actor Matsuyama, who plays one of the villains, Zen Mantoku. He is on a quest for the elixir of eternal life. All the characters involved in the anime, along with the immersive plots, allow us to see why BlackJack 21 is considered a classic within Japan. We suggest that you check it out, especially if you’re a fan of darker manga and anime. But if you’re looking to play blackjack games online, then we suggest that you make your way over to King Billy Casino as they have a welcome bonus for all new players of €1,000!