Keno is a casual numbers game that blends lottery with bingo to create a fun and addicting way to play. The game is played on a grid of numbers, and players must make a guess about which numbers will be picked during the game. The more correct guesses a player makes, the more money they win.

Mobile keno games let mobile phone users bring their favorite keno games along with them wherever they go. Each round of keno lasts less than a minute, so it’s well suited to playing while on the move.

It can be a bit frustrating picking numbers with a keypad, but on more modern phones like Android or iPhone, using the phone’s touch screen to pick numbers is quick and easy.

Since these mobile keno games are supplied by mobile casinos, they accept real money wagers. Once players have funded their mobile casino account, they can use the money to bet on games. Any winnings go back to the same account, and can later be cashed out according to the rules of the casino.

Play keno on your mobile at All Slots Casino 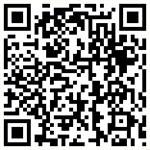