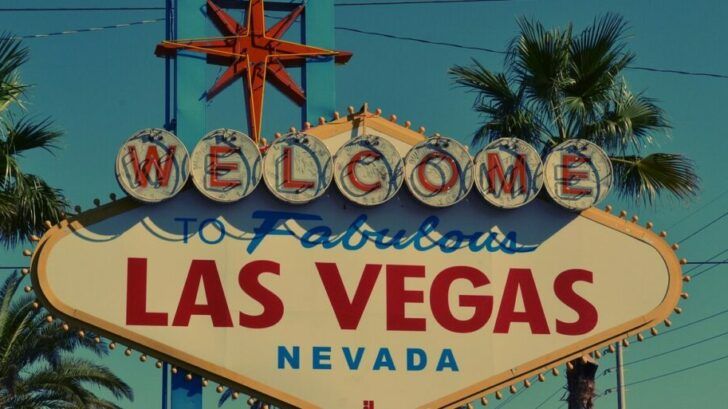 The Life and Times of Ken Uston

Ken Uston is probably one of the most famous blackjack players of all time. Though his heyday was during the 1970’s and 1980’s, he left a considerable legacy thanks to all the books on blackjack he authored during his lifetime. He was one of the best card counters, and this was in a time when card counting was considered a dark art.

Ken was born in 1935 to a middle-class family, with a Japanese father and a mother from Austria. In fact, his real surname was Senzo Usui. The son’s inspiration for hard work came from his father, who, after being a businessman in Japan, eventually became a language teacher at the prestigious Yale University. Ken had two sisters, Nancy and Lynn. Directly after the bombing of Pearl harbour, Ken’s father was arrested and put into a concentration camp for interned Japanese citizens. There was a huge sense of paranoia running through US society at the time.

Though the father was able to return home after a couple of months, the whole episode led Ken to have little faith in the government. Eventually, life returned to a sense of normality. Ken was a hard-working student, so much so that he managed to gain entry into Yale itself when only 16 years of age. Once he had graduated there, he moved on to Harvard to complete his Master’s degree. During the next few years, Ken saw employment at a variety of well-paying jobs. He also married the woman of his dreams, Betty, and they had three children, a son and two daughters. But he was always restless as if something was missing in his very successful and comfortable life.

At some point, Ken received a very good job offer to be a senior management consultant at Cresap, McCormick & Paget in San Francisco. So the whole family moved to California. Yet in spite of this amazing job, with new staff and projects to be involved with, he was unhappy. To forget about the disappointments he perceived, he would go to the casino to while away his free time and stop thinking about his issues. He quickly learned how to play blackjack and it became the game of choice. It turned out that he had a natural talent for the game, though he did admit to having spent months practising at the casino.

It wasn’t long before his skills appeared on the radar of Al Francesco, and he was asked to join a professional blackjack team. Without even telling his family, he threw in his job and began the tedious job of travelling to blackjack venues around the country. He learned everything there was to know about card counting though free blackjack practice with his team mates, and over the first few months spent much of his time integrating with these other team members. With blackjack taking up all of his time, he said goodbye to both his career and his marriage, even becoming estranged from his own children.

Being The Big Player

The team he played in used the “Big Player” strategy. This involved a number of players playing at various tables across the gambling floor. As soon as the card count became favourable, another player, who was simply watching or even walking the floor, would jump in and start to place higher wagers. As soon as the count started to fall, then this player would just get up and leave with all his winnings. Ken was the Big Player. And he was very talented. So much so, that on his very first outing with the team, he managed to pull in over $27,000. The only downside was, that the more Ken improved and gave the casinos a spanking, the more they started to take notice of him.

After winning over $200,000 at the Sands Casino and Resort of Las Vegas, the management threatened to have him arrested. Eventually, Ken and his team were banned from a large number of casinos including the Frontier, the Silver Slipper, Castaways, the Desert Inn and the Landmark to name just a few. But the team didn’t just limit themselves to Las Vegas. They travelled to Atlantic City and all over European casinos as well. But change was coming.

Whenever someone speaks well of Ken, there will be another person who will consider him to be the lowest of the low. They consider that he was a traitor and had behaved appallingly towards his former team members and their boss Al. So what did he do? Well, in 1977, he published a book with the title “The Big Player: How a Team of Blackjack Players Made a Million Dollars,” which was to expose all of Al Francesco’s secrets and the secrets of the team he had previously been playing with. Quite why he did such a thing is hard to fathom. It meant the end of a close friendship with Al and all the other team members.

As part of the book’s promotion, he appeared on the Good Morning America Show. Here he discussed his knowledge of professional blackjack playing. But before the show aired, he allowed a camera crew to follow him, incognito, around the Horseshoe Casino and Resort. To their amazement, they filmed him as he used counting cards skills to make $10,000 in just a few hours. They then aired this segment on the show. Because Ken came across very well, this piece of footage endeared Ken to the nation. Thus he was inundated with new offers to write more books.

To that end, in 1979 he wrote “One Third of a Shoes”, which has a dedication to his father, Senzo Usui. But by far his biggest selling book was the 1981 book, “Million Dollar Blackjack.” This goes into detail about the best blackjack strategies and counting cards and he shows the many methods that he invented including, Uston Advanced Point Count, Uston Advanced Plus-Minus Count and his famous Uston SS Counting System.

Of course, writing wasn’t his only pastime. When not wielding the pen, he formed his own successful blackjack team, just like MIT. They would go on to win millions of dollars from casinos around the country. To ensure they could gain entry everywhere, they took to wearing disguises and would also make use of fake ID’s.

Instead of using his awesome card counting skills, he turned instead to computers. He made a tiny computer the size of a cigarette. They even gave it a name, “George.” by using it’s four buttons, it processed information using binary and would give a long or short vibration to let the player know whether to stand or hit. It’s said that they once “won” $350,000 over a weekend in Atlantic City. This technique, which to all intents and purposes was simply cheating, wasn’t without its flaws. One of the main problems was that the battery pack would often overheat. This could cause the wearer some minor, but painful burns.

In spite of their best efforts at disguise, soon the team were to find themselves banned from casinos across the country. So incensed was Ken about this, that he actually took a casino, Resorts International to court. He said that counting cards was legal a perfectly fair way of how to win at blackjack. And the court agreed with him. But though the casinos couldn’t ban players for counting cards, they quickly introduced new security methods to counter the counters. These included increasing the number of times the cards are shuffled and increasing the number of decks.

These new measures killed any lingering interest Ken had remaining in Blackjack. Though it’s possible to have workarounds for these new anti-counting measures, Ken didn’t want to sacrifice the time learning them. He decided to use this time to try and reconcile with his estranged family. Over the next few years, he involved himself more in the lives of his children. He took trips to Japan to see his parents. Whilst he was busy travelling, he was bitten by the new video game bug. He enjoyed playing Pong, Space Invaders and Breakout. Gradually this casual playing grew into an obsession.

Soon after PAC-MAN came out, Ken became an expert at the game. He said that he wasn’t playing for money, but simply because he loved the game. So he travelled the country attending PAC-MAN competitions, and winning virtually all of them. He earned himself thousands of dollars in the process. Later he would publish yet another huge hit about PAC-MAN gaming, called, Mastering PAC-Man, which a short while later, topped the New York Times Best Sellers List.

After success at video games, he grew increasingly despondent. In order to create a completely new lifestyle, he took the drastic step of moving to Kuwait. Here all forms of gambling were, and still are, illegal. This meant that there was never a temptation to gamble. Back in those days, the country was without any real modern amenities, and even though he lived in the Hilton Hotel, it was surrounded by impoverished villages. But Ken being Ken, he decided to take up another interest. He turned to Jazz music and would play for hours each day on the piano. Once more he put pen to paper and wrote of his experiences in a book titled, “An American in Kuwait.”

Ken Uston: The End Too Soon

Ken was to die in Paris at the very early age of just 52 years old. He died from a combination of a drug overdose and heart failure. Although it’s uncertain if one was responsible for the other. Fifteen years later, his family were told that Ken had been inducted in the Blackjack Hall of Fame. His family attended the inauguration ceremony in Barona Casino, in San Diego, California, where finally met so many of his playing partners and friends. Ken was, without a doubt, a renaissance man, who processed many skills, and lived life to the full.