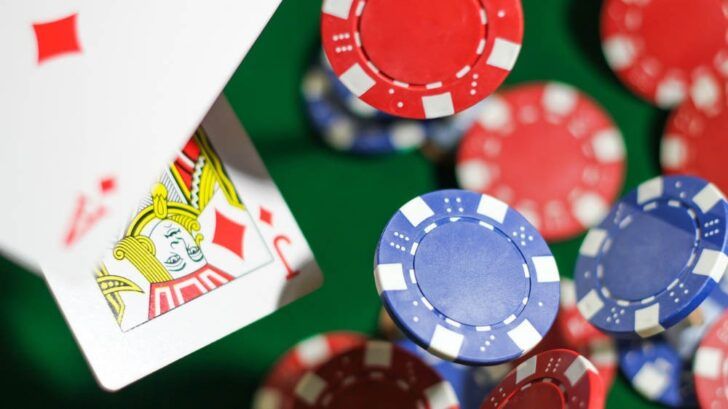 Stanford Wong is actually the pen name of John Ferguson who is an author who has written probably the most popular books on professional blackjack ever. Although he is best known for his writing, he is actually a brilliant blackjack player who has invented many unique card counting strategies that have over the years He has won hundreds of thousands of dollars over the course of his blackjack playing career. And just how good was Stamford Wong? Put it this way, you can find his name in the Blackjack Hall of Fame.

John Ferguson was born in Georgia in 1943. Though he would never see it as a home because his family eventually settled in Beaverton in Oregon when he was but a small boy. Proving himself to be excellent at games of logic, he became the kindergarten champion. He was ace at playing tic-tac-toe and could easily beat his teacher. What was interesting was that throughout his childhood, from being a small boy to being a teenager, he would obsess over every detail of the games that he was playing, including cards. When he was 12 years old, his friends taught him how to play blackjack. And he immediately began calculating the odds.

By the age of 14, he believed he had developed a strategy that would allow him to win virtually every game of blackjack. Unfortunately for him, being so young he was unable to enter a real casino. So he spent his time learning about blackjack and all the strategies associated with the game. He read Edward O. Thorpe’s book “Beat the Dealer” and wanted to be a card counting expert by the time he would be able to enter a casino.

Ferguson decided at an early age that an education would be the most important aspect of his future. And so devoted all his time and energy to school work. He was a top grade student with all his classes. An the end of high school, he was awarded a generous scholarship to go to Oregon State University.

To The Casino And Beyond

On his 21st birthday, Ferguson got together a group of friends, and they travelled to Reno so that John could step into a casino for the first time. After choosing a blackjack table, he sat down and decided to make use of Thorpe’s “10 count system.” Starting with an initial bankroll I’ve just $300, he was able to make a $150 profit at once through playing $1 and $4 minimum bets after just a few minutes. It was this initial success that would hook Ferguson onto the game of blackjack for the rest of his life. Virtually every weekend after this was spent in the casino.

He used the money that he won to pay his way through grad school. And it was thanks to his card counting abilities he was able to complete his Master’s Degree at the university. Being a card shark, he was able to do this without building up any debts.

Once Ferguson graduated, he was immediately offered the post of professor at the same university and he enjoyed teaching. But it gave him very little time to enjoy the casino. In fact, over the next two years he stopped all gambling activities completely and married his high school sweetheart. And was, to all intents and purposes, ready to settle down and begin a family. But everything was to change in 1968 when he was to enter into the US Army and went to Vietnam. Coming home 2 years later, he was a changed man. Suddenly he was in a hurry, and enrolled at Stanford University to do a PhD in finance. He has set his sights on making money.

Just like many soldiers who returned from the Vietnam War, Ferguson was mentally affected by what he had experienced. In order to forget, or perhaps because of these experiences, Ferguson began spending more and more time in casinos. Rumour has it that he won over $100,000 during his first months of play. He certainly knew how to win at blackjack. In the meantime, Ferguson also busied himself with writing his first book, called “Professional Blackjack.” But he quickly realised that if he used his real name, then he would be banned from virtually all US casinos. What’s interesting was that he wasn’t writing a book for the purposes of increasing his own fame. He genuinely desired that the methods and secret blackjack winning tips he had created should be available to all players.

To that end, Ferguson decided that he needed a pen name. Initially he chose the name Nevada Smith, though they later discovered that it was already in use. Because he attended Stanford University and liked the idea of a surname from a different ethnicity from his own, he decided on the name Stanford Wong. Ferguson felt that the surname was so far removed from a white Caucasian man. So it should throw off any suspicion of him being the real author.

The first edition of the book was completed in 1975. It consisted of over 350 pages which contained over 100 supplementary tables. The book has proved to be a slow-burn bestseller over the years. As Ferguson commented himself, “I’m not really sure how many copies of Professional Blackjack have been sold.”  The interesting thing about that book, unlike most books in publication, is the fact that sales have grown every year. Most books have a big spike at introduction and then taper off slowly. Right now it’s selling at about 5000 copies a year so I would guess in 30 years it has probably sold 50000 to 100000 copies.”

One of Ferguson’s best known techniques, which became very popular throughout the casino playing industry, was what became known as “Wonging.” This was one of the perfect blackjack strategies used, and was about players making less wages, but spending a lot more time watching their opponents and calculating the odds of winning in their heads. As soon as the odds fell into their favour then the players would jump in and place large wagers with absolute confidence of winning. This technique took off in a big way. But casinos were not going to sit by idly and let this new form of game play cripple their businesses. So they introduced a new rule called “no mid-shoe entry.”  This meant that players were unable to jump into a game whenever it suited them. And with but a single rule, “Wonging” became impossible.

In 1985, Ferguson created a computer program which he called the “Blackjack Analyser.”  This was used this to calculate the odds on any hand dealt to him. To help gain data for this programme, he put together a blackjack team in order to analyse the best tournament strategies. Although the team made over $1,000,000 during this period, he took very little of this money. He was more content with harvesting the data the team produced for another book. As he said, “I personally won only a nominal amount. I was not the star of our team when it came to actually playing tournaments.”

After writing a number of important blackjack strategy books he decided it was time to rest his pen. Ferguson now owns his own publishing company, Pi Yee Press. In 1996 Ferguson started his own website called bj21.com. The site is full of information about blackjack and also other casino games, and gives advice on how to manage your bankroll and also the best card counting techniques. Of course, the site can also be used to buy any of Ferguson’s books. There’s also a free message board where people can exchange ideas and information about blackjack. It’s thanks to this website, as well as many books and innovative card counting techniques, that Ferguson was inducted into the Black Jack Hall of Fame in 2002 when it first began.

But it was TV that was to prove Ferguson’s undoing. He was asked to join the CBS Sports Television programme, “The Ultimate Blackjack Tour.” Suddenly for the first time people could put a face to the name Stanford Wong. Within hours, other players started to bug him. Then all the casinos across the United States banned him from ever entering the premises ever again. Realising that his playing days were over, he now spends most of his time with his family.