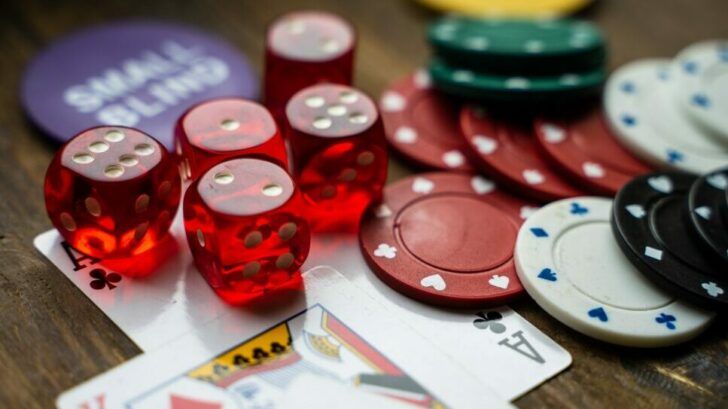 Every Blackjack player has heard the story of the team that decided to beat the casino….and won! The world-famous group of young students for the Massachusetts Institute of Technology became known as the MIT Team are still considered to be the best card counting team in the history of the game. As a casino investigator, Gordon Adams put it, “They won over $ 400,000 in Las Vegas in one weekend.” Throughout the 90’s, the team would take trips around the US and always return home with huge sums of cash. The reason they decided to play Blackjack was that they realised that it was the only casino table game they could beat, at least using only legal means of advantage play.

The first thing we should note is that the players from MIT were not the first card counters. This method of how to win at Blackjack had been formulated back in the 1950’s. But they were the first players to organise themselves into a professional team. And all being students at MIT, it wasn’t surprising that they all ended up writing programs that could find the perfect strategy in any given game play situation. The MIT team member, Semyon Dukack later said, “After returning from a trip to Las Vegas, we recorded all the information on a computer.”

The teams changed over the years with new players being recruited to fill in for those who had moved on. They would be trained at MIT by other team members, and then let loose for free Blackjack practice in Boston’s Chinatown to try out and perfect their skills. The teams had a fixed hierarchy, and once the new players had completed their training, they were allowed to venture into Las Vegas, and start their journey upwards.

Throughout the 1990’s, the team used the most common Blackjack tricks as they played regular visits to Las Vegas every weekend. Their modus operandi was simple. After they decide on a casino to hit, they would send in a “scout.” His job was to watch the tables and count cards. When he spotted a favourable situation, the scout would make a signal. Then a player from the team would sit at that table and start to play high stakes. The second the game fell into an unprofitable territory, then the scout would signal again. And the player would leave the table with his winnings.

Welcome to The High Life

As we all know card counting was not illegal, and the same applies today. But casinos are not happy about that and, the moment they spot a card counter, then they will be escorted off the premises, and often have their winnings seized. All those employees standing around at any casino are really just looking for cheaters, and that includes card counters. Because the members of the MIT tea knew this, they would regularly change their appearances. In order to make more bank, they would often attend high roller games.

Semyon Dukack, who originally had roots in Moscow, would make use of his Eastern European ancestry to spin a believable story about the wealth he was bringing to the table for wagering. “In one of the best years, I went to Caesar’s Palace every weekend as Nikolai Nogoff, an arms dealer from Russia,” he adds. “But I never told anyone I was an arms dealer; they just thought I was.”With all the success at the gaming tables came a life of wonderful excess. They received tickets to every show in Las Vegas, and every night of gambling ended up surrounded by strippers. As Dukach says, “It was the bomb!” You can get the same feeling by playing at King Billy Casino. To help you get started, they offer a massive €1,000 welcome bonus!

After reading Edward Thorpe’s book, Beat the Dealer, in the early 1980’s, which delves into card counting in mathematical detail, a Harvard graduate, Bill Kaplan had become something of an expert card counter and was using these techniques on a regular basis. In fact, Kaplan had already been leading several successful teams paying regular trips to Las Vegas. But when Atlantic City started to take off as a gambling destination, Kaplan decided to form a team to tackle the East Coast casinos.

“JP Massar and a few of his MIT friends were the first players I trained and took on the team,” says Kaplan. Another member of the team was John Chang. Back in the early 1980’s, they were already members of the West Coast team. Most of the players came from MIT, hence the team name. But there were also other team members from Harvard and Princeton Universities. Their activities were to later inspire the Kevin Spacey movie, “21.” It must be said, that though the flick did some great box office numbers, the MIT players all disowned the movie. For a start, the film has an all-white cast, whereas in reality most of the team members were Asian.

Jeff Ma already came from money having a wealthy family behind him. Though he was attending Harvard to study medicine, once he realised just how much money there was to be made counting card at Blackjack, he immediately signed up to the MIT team. After he finished his Blackjack playing career, he founded a number of websites which were later bought up by Yahoo.

Mike Aponte was another very successful member of the team. He came from a military family which meant that he changed schools eleven times. Yet he still graduated with honours and went on to study economics at MIT. There he discovered the team. Because he was passionate about the game of Blackjack and understood perfect Blackjack strategies, he was an amazing player, it wasn’t long before he was promoted to the position of “Big Player.” This meant that, as a team member, he would be the player who has “control” of the game table. He was the guy, the scout would signal to, who would then take a seat and start high stakes betting. Over time he would become the team leader. Once the MIT saga was done, he continued to play Blackjack at a professional level, even winning the World Blackjack Championship in 2004.

The actual specific techniques used are still unknown, though there’s enough information out there to make an educated guess. Some of the MIT players are still playing at a professional level, so that’s why you can’t find the specifics. Though the team manager was often Bill Kaplan, JP Massar and john Chang also took on this role. The role of the team manager was really to safeguard the transportation of the cash from one place to another. Because they were all both wagering and earning huge sums of cash, how to move it was a bit of a problem. After all these guys were just university students. Not only would this fact draw unwanted attention, but there was also the Tax office to consider.

To that end, they would strap large sums of cash to their bodies under their clothing whenever they travelled by air. Another way to win large amounts of cash is to signup to King Billy Casino. This our favourite place on the web to play Blackjack. All their games offer a high return to player. This means that you can play for longer, with a better chance of winning.

MIT Team In The Field

The whole operation would be overseen by a manager. He was the absolute boss and all team members had to agree to follow his lead. The second most important member of the MIT team was the “Spotter.”  He would sit at a table and play with small wagers. The minute the table became “hot”, he would signal, and a “Big Player” would then take a seat and clean up. One of the best and most well-known spotters was a young woman called Jane Willis. She was studying at Harvard at the time. Today she’s a lawyer.

As soon as the Big Player took his seat, he would start placing big bets. As soon as the play started to “cool”, the spotter would signal to the Big player it was time to stop. Though the Big Player needed to understand how to count cards and basic Blackjack strategy, that wasn’t his primary job. That was to remain in control of his emotions. In fact, his most valued attribute was self-discipline. Also, he needed to be an expert in hiding what he was doing.

What happened to The MIT Team?

The team came to an end in 2000. The reasons are several, but most revolve around the casinos stepping up their attempts to find and punish card counters. After all, these were costing them millions of dollars. Probably the biggest change was the introduction of face recognition software. This forced the team members into more and more elaborate disguises. Though these would function well at the start. But as time passed, it became more difficult to avoid detection in this manner. Another point was that many of the team members had left university. All had high paying, high-status jobs, which could be put into jeopardy if they were to be caught counting cards.