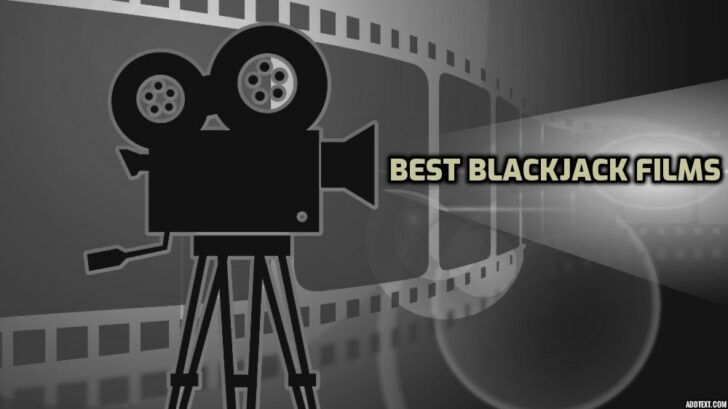 Because gambling can prompt a complete change in one’s fortune, and all depending on the role of dice or turn of a card, then it’s no surprise that Hollywood has embraced the genre. After all, what could create greater suspense and excitement than a gambler who’s put everything on black? Because the game of blackjack requires both skill and luck, then it’s perfect for more cerebral filmgoers. Today we’re reviewing some of the best blackjack and gambling movies of the last few years.

Today we thought we’d have a look at some of the best blackjack films right now. Though the game of blackjack isn’t quite as dramatic or exciting as you might find when playing roulette or poker, it’s still an incredibly popular game. And with so many Hollywood movies centered around casino themes, it’s not surprising that blackjack has appeared in a number of them.

For the gambler, the reason why blackjack is popular is that it’s both easy to play and enjoy as it offers a very low house edge. If you head over to 22Bet Casino, you can try out their many versions of blackjack as live dealer games. But brush up on the rules first. As you’re probably aware, players need to create a hand equalling 21 but not exceed it. Also, keep in mind that any drama is just between the player and the dealer.

If you’ve never played blackjack before, and want to improve your game, then there’s probably no harm in watching a few blackjack movies. It’s not going to tell you how to win at blackjack. That’s because the film directors tend to play fast and loose with any strategies, like card counting, for the sake of storytelling, the rules will probably be more or less the same as you’ll find in real life.

As implied by its name, the movie 21 is probably the ultimate and one of the best blackjack films right now. It was released in 2008 and tells the story of the infamous MIT blackjack team. The movie stars Jim Sturgess, Kevin Spacey, and Laurence Fishburne.


It’s a great story that concerns a blackjack crazy professor who taught his brightest mathematical students how to play blackjack and the art of card counting. He then lets them loose in the casinos of Las Vegas, where they manage to cheat their way to winning millions of dollars. Of course being an American movie, with its weird sense of American moral values, they cannot escape from the crime. As a result, the movie ends with them becoming increasingly greedy and fighting amongst themselves. This leads to their eventual downfall.

The Cooler is a typical casino movie about card games, blackjack, and romance. It stars Alec Baldwin, William H Macy, and Maria Bello. This 2003 movie managed to garner four awards from 18 nominations. It follows the fate of a gambler, whose the “unluckiest man in Vegas” with a job to kill high roller action in mob-run casinos. But he ends up falling in love with one of the cocktail waitresses. It comes from the pen of Frank Hannah and Wayne Kramer, with the latter taking on directing duties.

This is the movie that put Clive Owen firmly on the map as far as leading Hollywood men to go. It’s a story of a writer, who to make some money, becomes a croupier. He eventually finds himself getting deeper into the game, its it’itsayers, and intrigues.


The movie delves into the excitement and intricacies of casino table games. For blackjack players, it’s a great movie as it shows an awful lot of action at the card table. The director Mike Hodges is known for his more gritty style. As such, the movie also focuses on every possible type of casino scam, as well as the many different types of players.

Released in 1998, this comedy-drama is by director Barry Levinson. It stars a young Tom Cruise in the role of Charlie Babbitt, a young, abrasive, and selfish yuppie. He’s upset that his estranged father died and bequeathed his multi-million fortune to his autistic brother Raymond, who’s played by Dustin Hoffman. Charlie sets off on a road trip with his brother in the hope of getting his hands on some of that cash. Along the way, Charlie discovers that his brother can effortlessly count cards and make use of the best blackjack strategies. The movie was a massive hit and picked up 8 Oscars, including best director and best actor for Hoffman.

Holy Rollers is an independent crime drama that was released in 2011. It’s billed as the true story of the “Card Counting Christians.” We’re not sure that Jesus would have gambled with his disciples. But if he did, then maybe this is how he would have gone about it. The movie centers around one of the most well-funded and successful blackjack groups in the US. And it so happens that they were made up of churchgoing Christians. The movie tries to find a balance between their faith and the fact that they’re playing high-stakes games at casinos. It’s a great film and is a must-watch for all blackjack enthusiasts.

This is probably the darkest movie on the list, but certainly one of the best blackjack films right now. The Card Counter is written and directed by William Schrader and tells us the story of a certain William Tell, who is played by Oscar Isaac. He’s a gambler who learned his card counting skills whilst imprisoned.


Now he’s out, he just looking for a quiet life playing cards at casinos around the country as a nobody. Nevertheless, a young man called Kirk approaches him, with a story that’s similar to Tell’s own. As the movie progresses, Tell begins to believe that the road to redemption is through revenge.

The film looks at the professional life of a card counter, traveling from one small casino to the next. And though it does show some blackjack tips and tricks, it focuses more on the managers, investors, and the mundane and sheer unrelenting boredom of gambling. This is a movie offering pretty much zero glamour to the casino lifestyle.

All the above movies all feature blackjack. Yet there are a huge number of films that just revolve around other casino table games. These include roulette, poker, and baccarat. And you can find all of these and more at 22Bet Casino. We should also mention that they offer all new players a great welcome bonus of 122% up to €300! This is a fantastic way to get started. Back to the movies, you’ll find that many of these movies manage to make a simple game of cards into something much more exciting and thrilling. The following movies are about casino gambling, but not just blackjack. Nevertheless, if you enjoy gambling movies then all of these will be up your street.

As far as the box office receipts go, then Todd Philip’s The Hangover is probably the most popular gambling movie of all time. Some might say that it’s an accurate portrayal of the whole Las Vegas experience. The very first film of The Hangover franchise of three came out in 2009.


Despite its age, it remains on the best comedy list for many gamblers. The movie follows the story of four friends on a bachelor party visit to Las Vegas. It’s a night of partying that ends up having disastrous consequences. There’s a hilarious blackjack scene in the movie that features Zach Galifianakis. After learning his blackjack counting skills from “Beat the Dealer”, the famous 1962 book by Edward O Thorpe, he now needs to raise a hefty ransom to secure the release of one of his friends.

There are two Casino Royale movies, with both featuring Ian Fleming’s secret agent, James Bond. The original was from 1967 and stars David Niven. Then in 2006, we had a gritty remake from Martin Campbell with Daniel Craig as 007. The first one of these was a light-action comedy that had some great fast-paced casino action. In the modern updated version, Craig’s Bond is a lot more violent, moody, and dark. Nevertheless, the movie is a must-watch for lovers of casino card games. In this version of Casino Royale, Bond, who usually plays baccarat, now plays high-stakes poker to defeat his nemesis, Le Chiffre.

Ocean’s 11 was a 2001 remake of a 1960’s Rat Pack film of the same name with Frank Sinatra and Dean Martin. This new update from Steven Soderbergh, features a stellar Hollywood cast, including George Clooney, Brad Pitt, Matt Damon, and Julia Roberts amongst many others. The story centers around organizing a complex casino heist, with their targets being the Bellagio, the Mirage, and the MGM Grand. We must confess that this film is incredibly slick and effortlessly entertaining. The script is witty and on point, with the stars thoroughly enjoying themselves under Soderbergh’s crisp and precise direction. We can’t rea it’s one of the best blackjack films right now, as there are virtually no games. But it’s still a great casino movie.